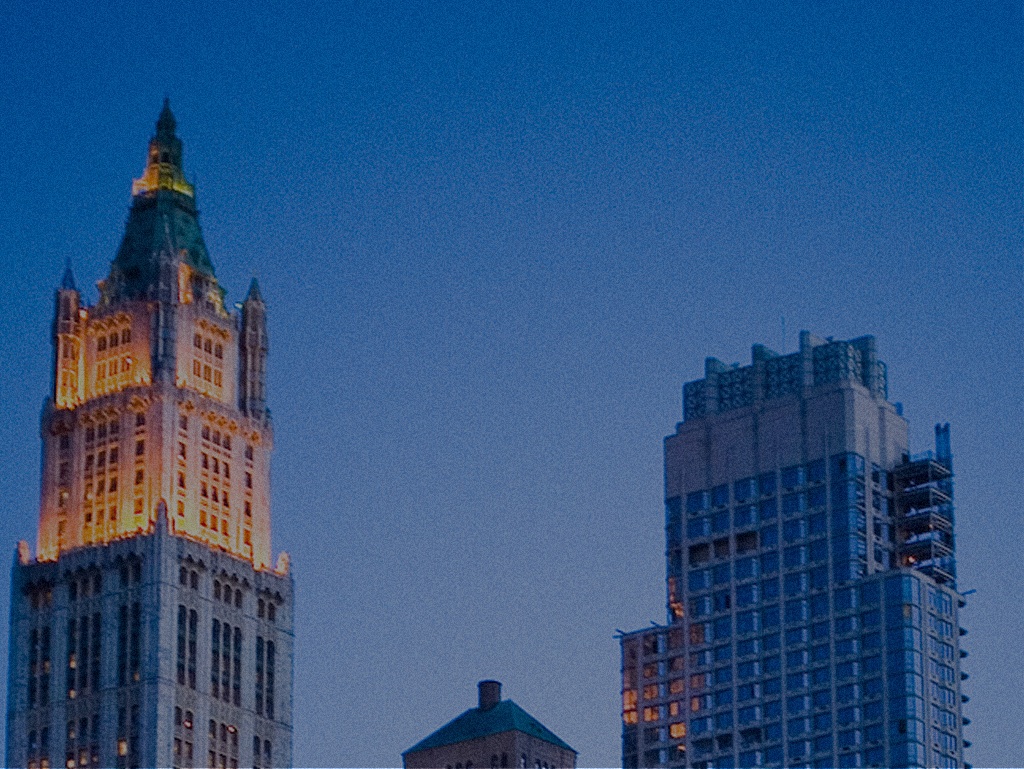 FOCUS FORWARD - Short Films, Big Ideas is an award-winning series of 30 three-minute stories about innovators—people who are reshaping the world through act or invention—directed by the world's most celebrated documentary filmmakers. The films have been viewed in 150 countries and screened to audiences on all seven continents.

Best known for his Segway Personal Transporter, inventor Dean Kamen is taking on the world's great challenges one invention at a time. Slingshot is the story of Kamen, his water purification, and his innovative approach to the planet's safe water crisis. 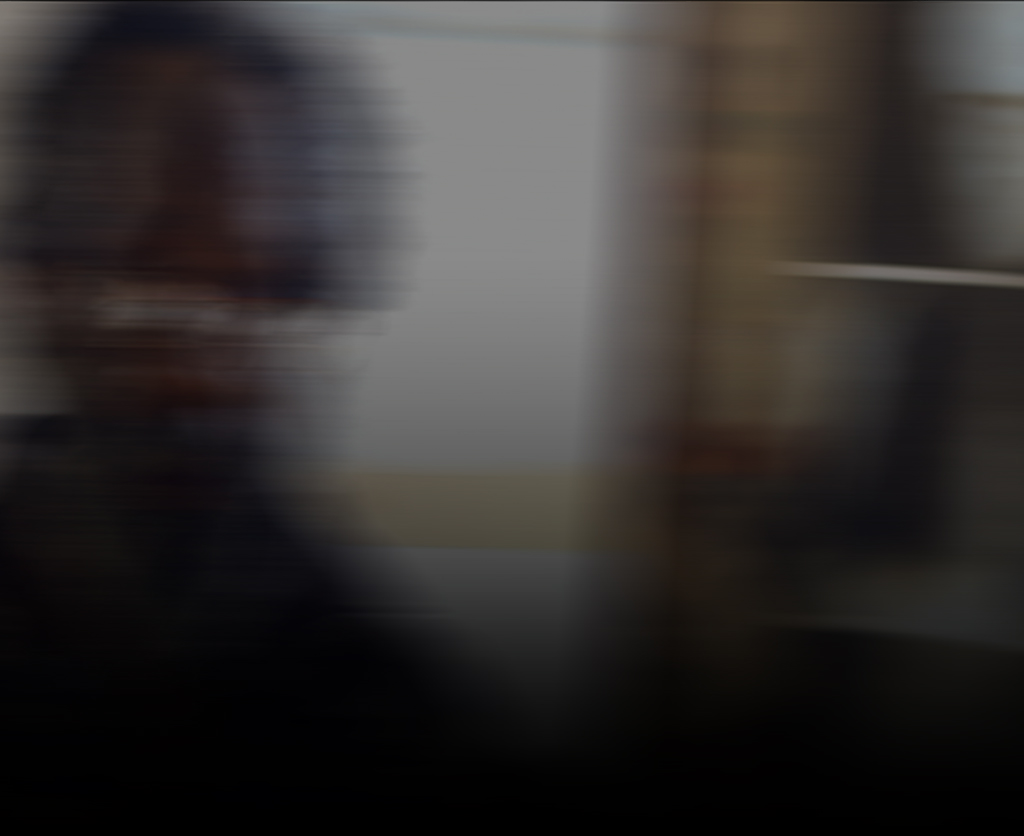 FOCUS FORWARD films debuted online and at major film festivals around the world.
Here are all 30 films in the series, the most recent of which world premiered at the
2013 Sundance Film Festival

Biologists spent ten years trying to map the structure of the elusive Mason Pfizer Monkey Virus, a problem that could unlock the cure for AIDS. The Contenders solved it in three weeks. Using the onlin...

What do trees know that we don't? 13-year-old inventor Aidan realized that trees use a mathematical formula to gather sunlight in crowded forests. Then he wondered why we don’t collect solar energy in t...

The Secret of Trees
Albert Maysles

Jack Andraka, a high school sophomore, has developed a revolutionary new test for pancreatic cancer. The future of science is in the hands of our youth.

Tech entrepreneur Rehan Allawala is on a mission to empower Pakistan’s most disenfranchised before they’re left behind by the Internet revolution.

Who would dare to pit one fatal disease against another… inside the body of a six-year-old patient? The results will shatter all expectations.

Panmela Castro was born and raised in the outskirts of Rio de Janeiro, Brazil. She is the president of Nami Network, a feminist organization that promotes women's rights through graffiti-art. A tireless...

Can virtual reality control pain? Interface designer Dr. Diane Gromala has experienced chronic pain for the last 25 years. Working with concepts of mindfulness meditation, where a patient focuses on the...

MUSIC MAN tells the story of professor and inventor Ge Wang who teaches computer music at Stanford University where he began the innovative Stanford Laptop Orchestra. Wang believes everyone who loves mu...

Is the next Steve Jobs living in a remote Russian town? Meet Maxim, the young inventor of a truly jaw-dropping new technology with limitless applications that will eliminate the need for screens and mon...

Dr Edie Widder takes us on a journey deep under the sea. She’s used pioneering research with bioluminescent sea creatures to help us shine a light on the levels of pollution we’re producing above the gr...

This is the story of how mushrooms can save the world! Renowned mycologist and mushroom pioneer Paul Stamets harnesses the power of infamous fungi to fight the planet’s leading problems, from developing...

Fredrik Gertten profiles two idealistic young female entrepreneurs who created a revolutionary 21st-century design object everyone told them would be impossible to fashion.

A dynamic portrait of Peter Diamandis, the visionary behind the X Prize Foundation, which provides financial awards to spur the next generation of big thinkers and enables inventors to solve the world’s...

THE SKY IS NOT THE LIMIT
Annie Sundberg & Ricki Stern

Journalist Deng Fei set up the Free Lunch Campaign in 2011 — raising $3.9 million from Chinese social-media users in just one year — and pioneered the power of micro-blogging in China’s battle against i...

A tuneful look at the unlikely origins of the world’s favorite pitch-modulation audio software and the ways in which its creative impact has been felt by musical artists and listeners worldwide.

Can a robot be your friend? Your teacher? Your Caretaker? The answer is yes and it may not be as scary as you think.

Bread can be considered many things: warm; delicious; sustaining. It’s also slang for money. This literal slice of life, which follows the typical day of an ex-gang member on his first job in the bakery...

In March 2011, two visionary doctors from the Texas Heart Institute successfully replaced a dying man's heart with a 'continuous flow' device, proving that life was possible without a heart beat.Jeremia...

For those without access to a simple toilet, poop can be poison. Businessman-turned-sanitation-superhero Jack Sim fights this oft-neglected crisis affecting 2.6 billion people.Jessica Yu is the Oscar-wi...

The Roland TR-808 drum machine inspires musicians around the world, even though the device hasn’t been made since 1984 — and most of its avid users have never actually seen one.

All Hail the Beat
Nelson George

If we change the way we think about honor, could we make the world a better place? Philosopher Kwame Anthony Appiah proves we can.

Trash becomes energy at a small New York landfill where people are thinking differently about garbage.Gary Hustwit has won acclaim worldwide for his design trilogy Helvetica, Objectified, and Urbanized....

Dr. Joseph Rizzo and Prof. John Wyatt have pioneered a technology for restoring sight to patients who suffer from degenerative blindness.

What if roads and highways were solar, fueling enough energy to power electric vehicles as well as nearby communities?

A moving portrait of Hilary Lister, a quadriplegic champion sailor whose metal-and-circuit-board navigational tool, invented with friends, led her to conquer the oceans of the world.Phil Cox is the awar... 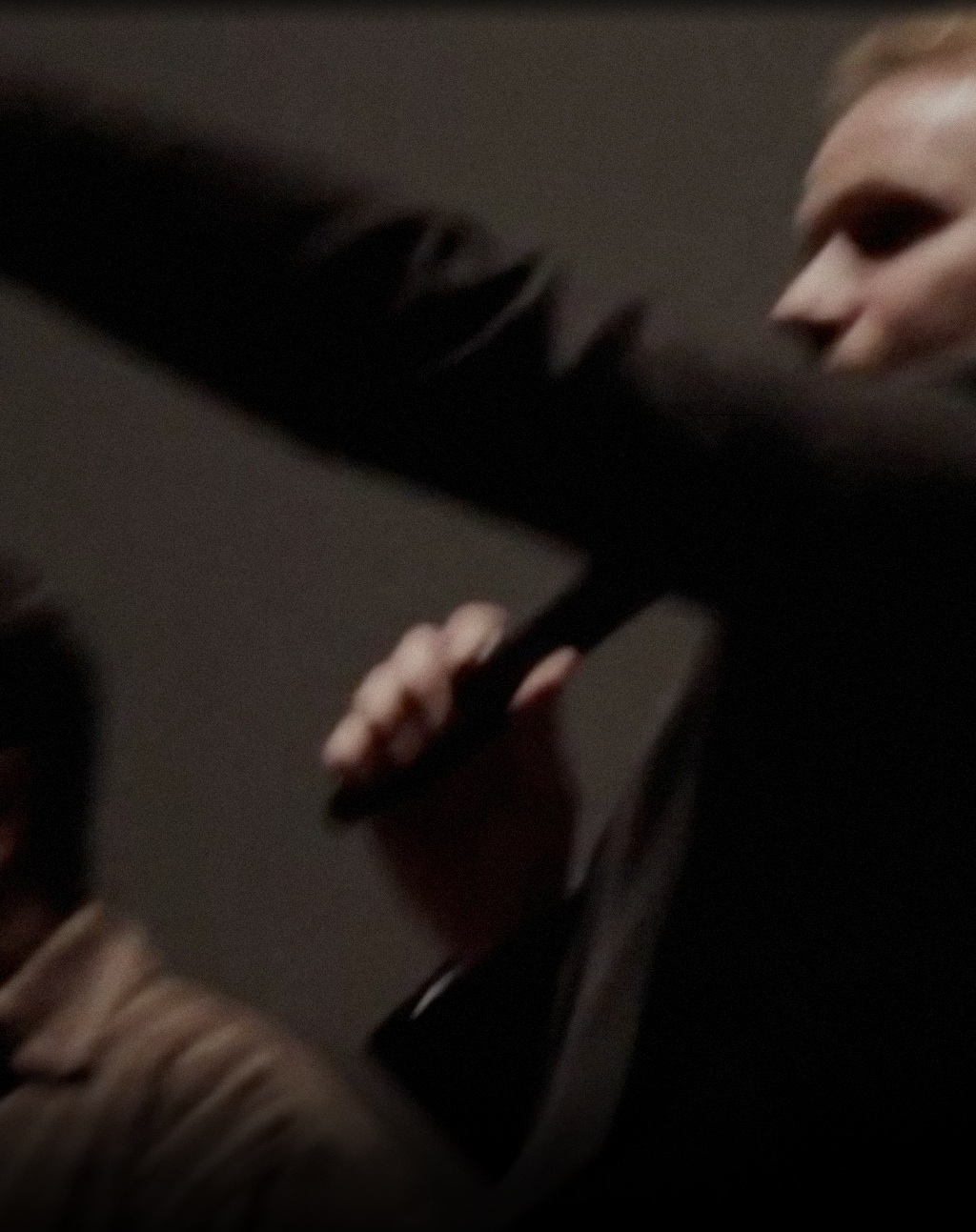 A who's who of international documentary filmmakers drawn from every corner of the globe, FOCUS FORWARD directors are the most distinguished nonfiction storytellers working in contemporary independent cinema today. Many have won Academy Awards for their shorts and features; others have earned their laurels at world-renowned festivals and at the box office.

Reichert is the award-winning director and producer of Gerrymandering. Zaman is a Brooklyn-based journalist, filmmaker and programmer.

Oscar-nominated director of Kassim the Dream, The Devil's Miner and Open Heart.

Award-winning director of Last Train Home and producer of the widely acclaimed feature Up the Yangtze.

Pepper & Bones are the directors of Gunner Palace, The Prisoner or How I Planned To Kill Tony Blair, Bulletproof Salesman, How To Fold A Flag, and Fightville.

Award-winning director of Project Kashmir and co-producer of The First Year, plus numerous projects for CNN, ABC, Discovery, BBC, and Channel 4.

Award-winning creators of I KILL, LEX, and the acclaimed feature SHIHAD: BEAUTIFUL MACHINE.

Oscar-nominated director of Super Size Me, The Greatest Movie Ever Sold, and most recently, Comic-Con, Episode Four: A Fan's Hope.

Award-winning director of We Are the Indians and The Bengali Detective, recently seen on HBO.

Oscar-nominated producer of Twist of Faith, This Film Is Not Yet Rated, Chain Camera, and the Emmy-nominated Troubadours.

Hustwit has won acclaim worldwide for his design trilogy Helvetica, Objectified, and Urbanized. Edwards is the award-winning director of Seltzer Works.

Oscar-winning director of Taxi to the Dark Side, Enron: The Smartest Guys in the Room, Gonzo: The Life and Work of Dr. Hunter S. Thompson, Client 9: The Rise and Fall of Eliot Spitzer, Magic Trip, and The Last Gladiators.

George is an author, filmmaker, television producer, and critic with a long career in analyzing and presenting diverse elements of African-American culture. His latest documentary is Brooklyn Bohéme.

Fredrik Gertten is an award-winning director (BANANAS!*, An Ordinary Family) and journalist based in Malmö, Sweden. His latest film is Big Boys Gone Bananas!*.

Emmy-nominated director of Deadline and Election Day; founder of Arts Engine and Media That Matters.

Emmy-nominated director of In a Dream, Delhi House, and Coney Island, 1945.

Award-winning director of Wagah, Way Back Home, and Hope Dies Last in War, winner of the 2009 Golden Lotus Award for best documentary.

Oscar-winning director of Breathing Lessons, In the Realms of the Unreal, Protagonist, and Last Call at the Oasis.

Award-winning directors of Joan Rivers: A Piece of Work, The Devil Came on Horseback, and The Trials of Darryl Hunt.

Oscar-nominated director of The Farm: Angola USA, Girlhood, Shouting Fire: Stories from the Edge of Free Speech, and Bobby Fischer Against the World.

Oscar-nominated director of Colors Straight Up, Cowboy del Amor, Steal a Pencil for Me, and S.O.S./State of Security.

Oscar-nominated producer of For All Mankind and cinematographer extraordinaire (Trembling Before G-d, Portrait-in-Progress: Chuck Close).

Emmy- and Sundance-winning director of Freedom Riders, Wounded Knee, Jonestown: The Life and Death of Peoples Temple, Sweet Honey in the Rock, and Marcus Garvey: Look for Me in the Whirlwind.

Oscar-nominated director of Waste Land, Countdown to Zero, Devil's Playground, Blindsight, and The Tsunami and the Cherry Blossom.

Award-winning director of Hoop Dreams, Stevie, At the Death House Door, and The Interrupters. 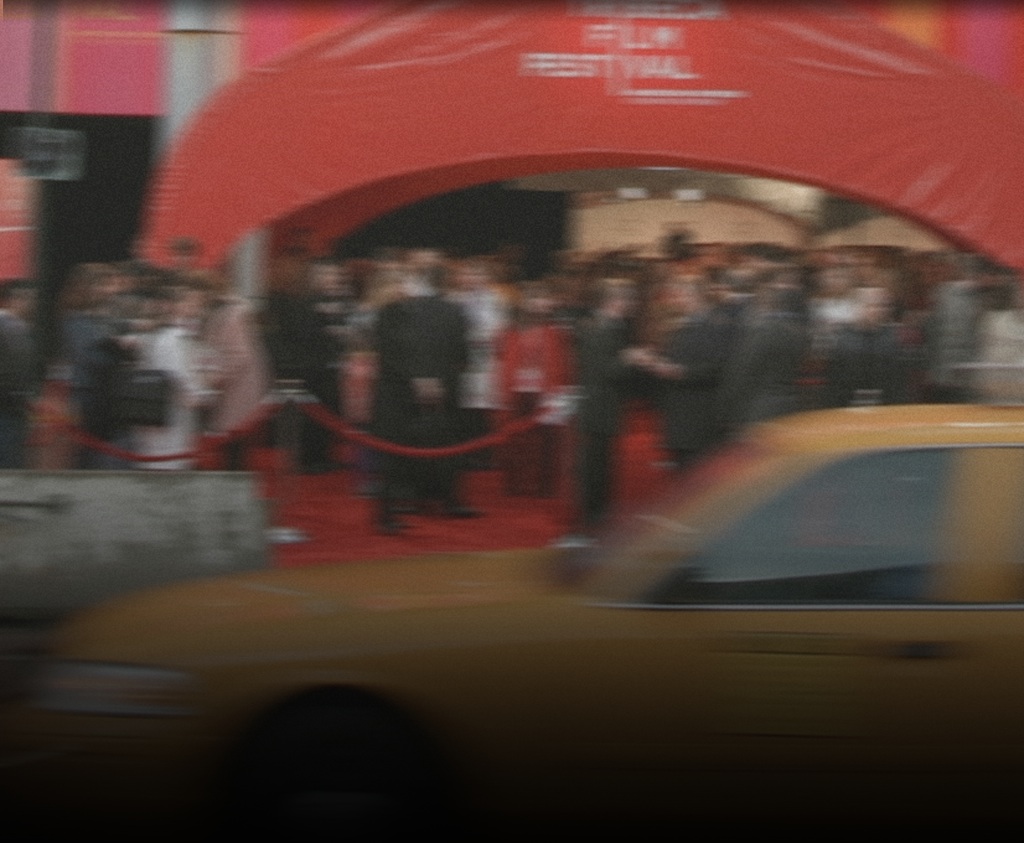 FOCUS FORWARD films have screened at film festivals and events all over the world
(yes, even Antarctica).
Whether in Sundance, Tribeca, Los Angeles, Berlin, Sao Paulo, Melbourne, Dubai or Guangzhou, audiences have been inspired and moved by these stories of innovation. 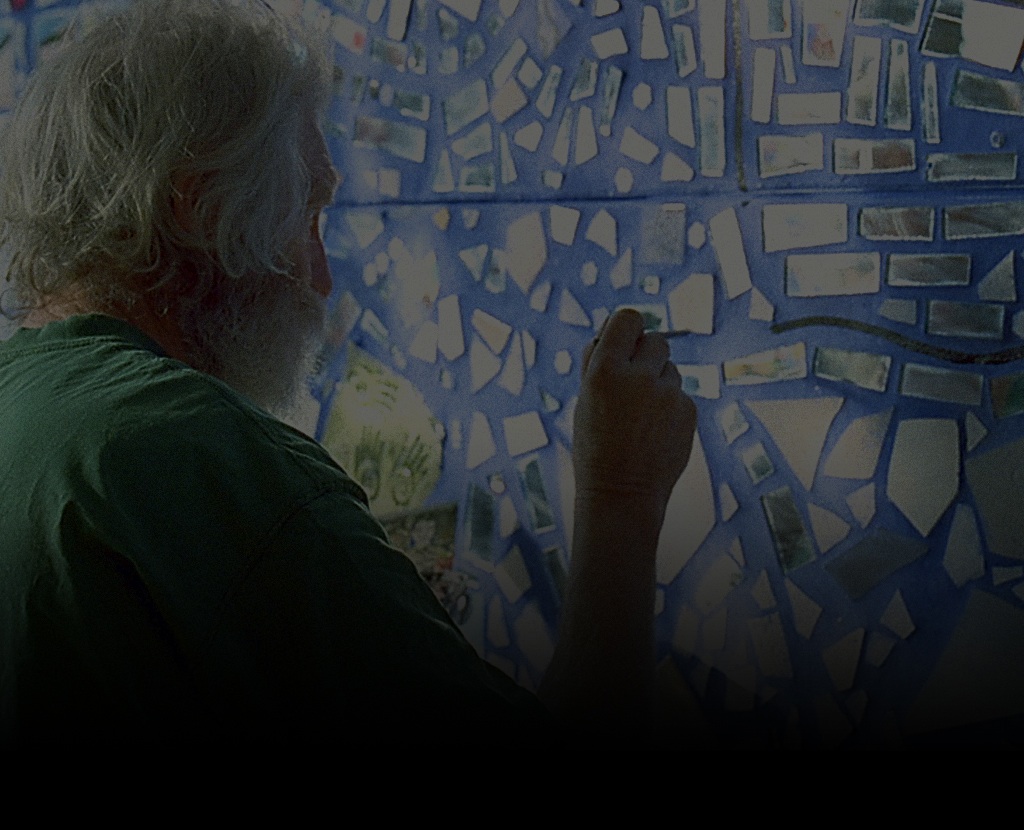 The five winners of the FOCUS FORWARD $200,000 Filmmaker Competition were announced at a special awards ceremony at the 2013 Sundance Film Festival. Each received a huge cash prize,
including $100,000 to the Grand Jury Prize Winner.

Watch all five winners, along with the 20 finalists who vied for the prizes.

Watch the trailer to find out more

We're proud that filmmakers from over 69 countries submitted films to the Competition. Winning is great, but what really counts is knowing there are so many top-notch storytellers all over the world. (See all submissions here.) 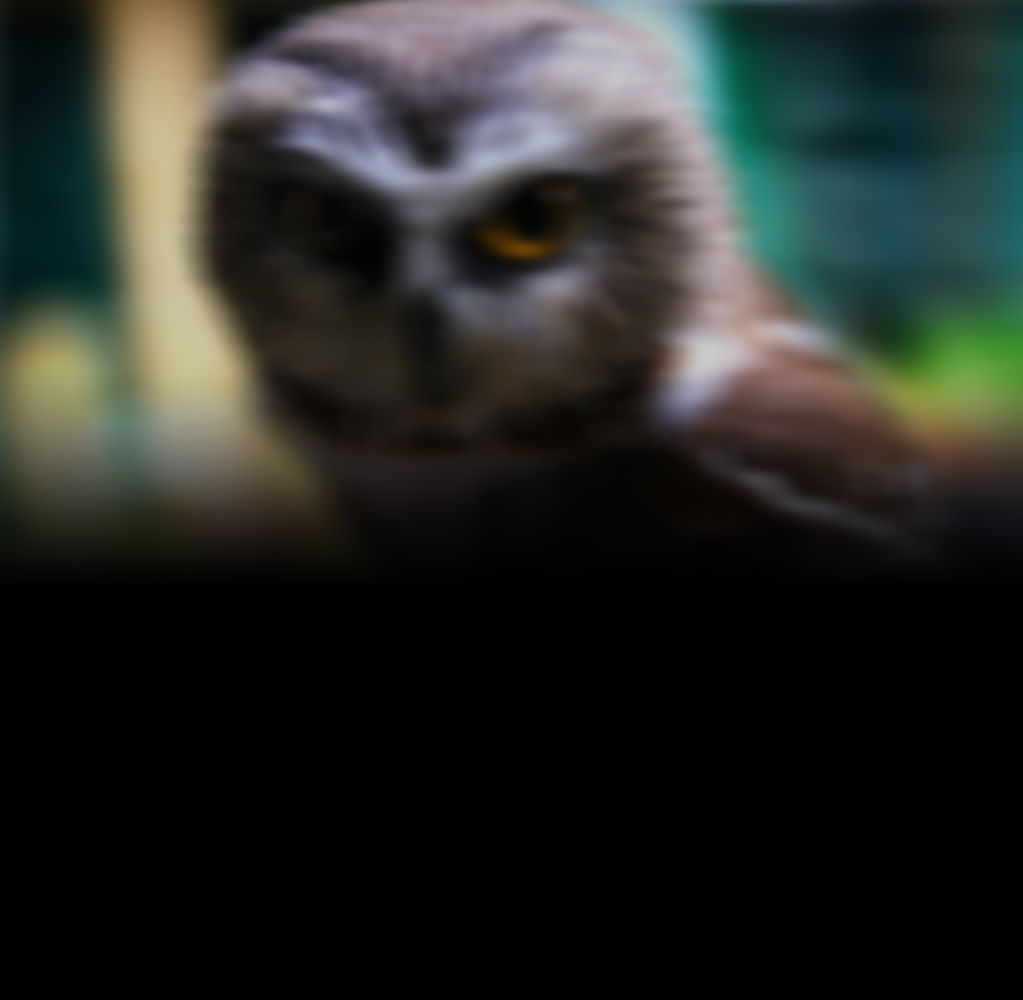 Here they are, the winners of the $200,000 FOCUS FORWARD Filmmaker Competition, including the $100,000 Grand Prize winner. Congratulations, filmmakers! 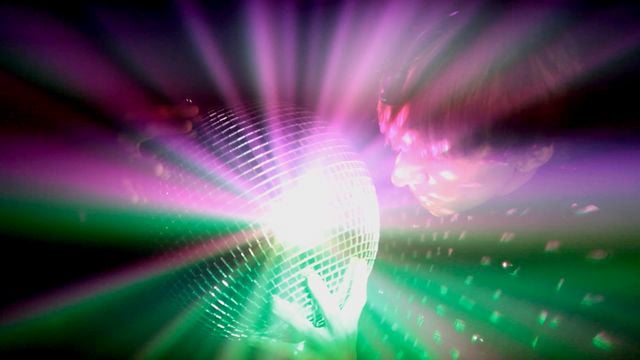 Dan Nocera has a simple formula to save the planet: sunlight + water = energy...

Best known for his Segway Personal Transporter, inventor Dean Kamen is taking on the world’s...

After two decades the Forensic Anthropology Foundation of Guatemala (FAFG) remains dedicated to the work...

A short documentary portrait on a designer who has created a low cost solution to...
See all Finalists 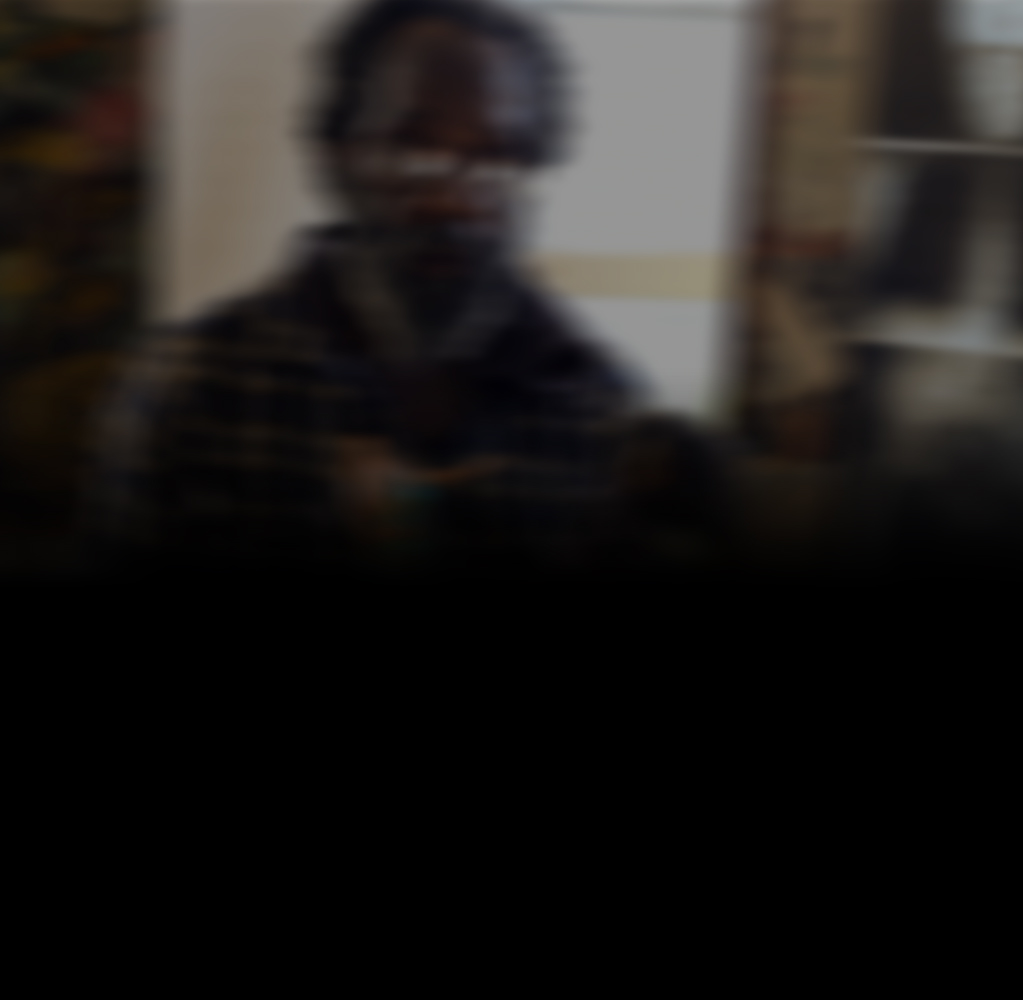 FOCUS FORWARD films are available for streaming or on-demand on multiple platforms, accessible on all devices. You'll find our custom channels available for FREE and in HD exclusively via the following cable operators and premium online outlets. 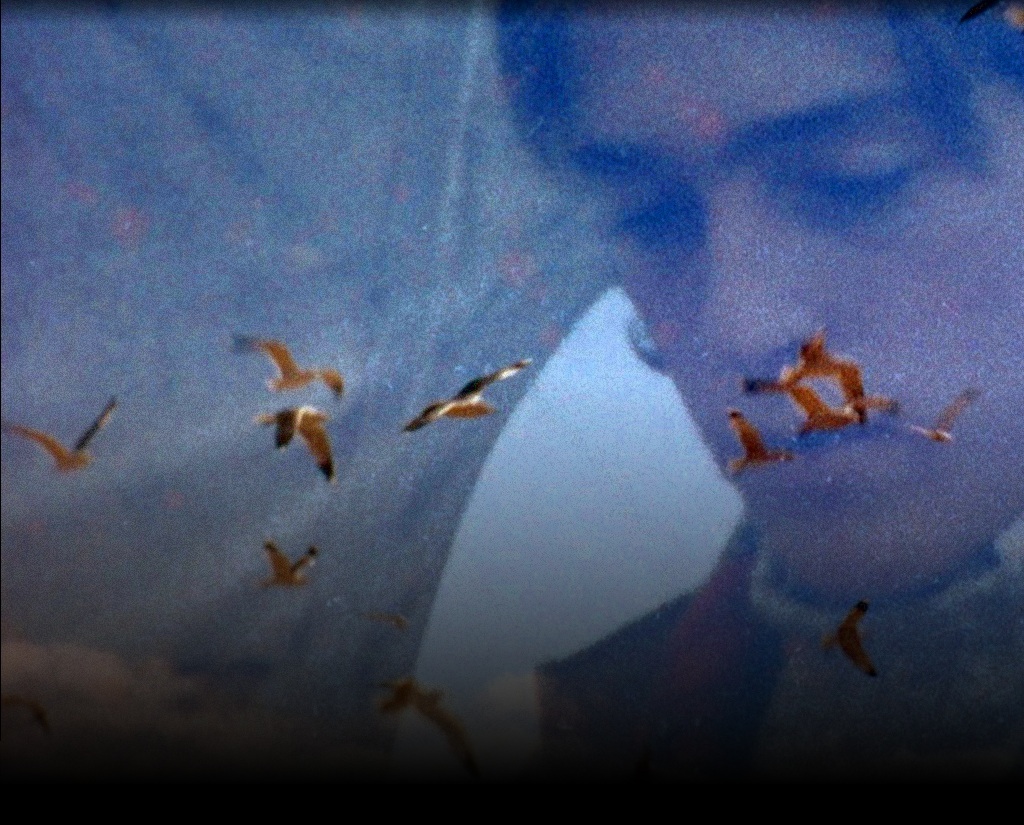 The series celebrates innovators–those who are hard at work, making the world a better place.

A partnership between GE and Cinelan, FOCUS FORWARD commissioned 30 three-minute films from an impressive roster of award-winning international filmmakers. The creative brief was simple: tell a story about an innovator or a world-changing idea, and do it in about 180 seconds.

The films premiered in 2012 and 2013 at film festivals across six continents as they also went live online. The films have now been viewed and shared in 150 countries on seven continents (a special screening was arranged for science conference in Antarctica).

The same creative brief was offered to filmmakers everywhere during the FOCUS FORWARD Filmmaker Competition. Astounding entries came in from 69 countries. A jury of renowned film industry professionals selected five winners at Sundance 2013, who shared $200,000 in cash prizes, the largest ever awarded to short non-fiction films.

The series has been honored by the London International Awards, Clio, Webby and Tribeca Disruptive Innovation Awards. The films continue to reach new audiences and receive invitations from festivals around the globe. An even greater measure of their success is the way these stories make people feel–inspired. 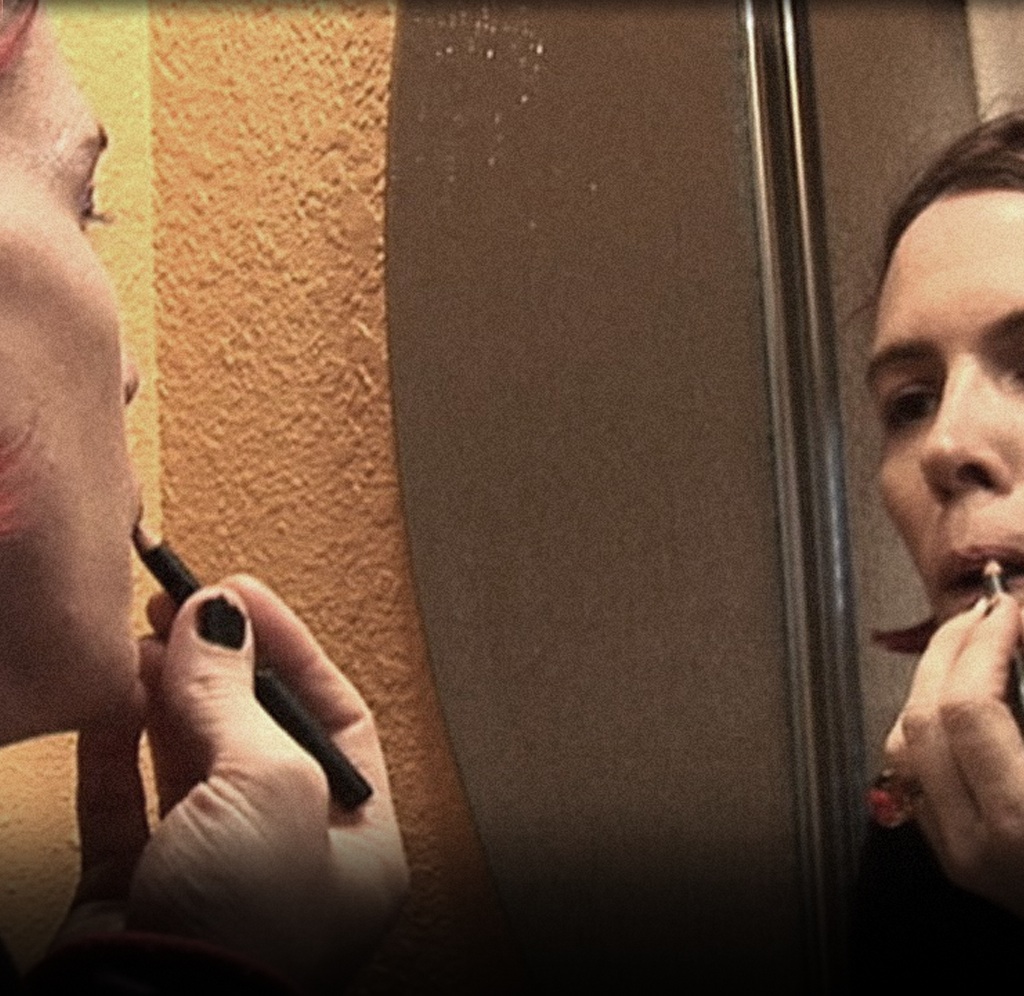